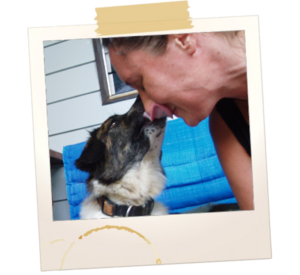 I inadvertently started Rob’s Dogs in 2013 when I first visited Bali – I was deeply disturbed by the neglect and abuse of dogs in Bali. I went back later that year after I lost my job. I met a lady running a dog charity and she talked me into moving to Bali to help her with her charity. So in early 2014 I moved to Bali, initially I was only go to stay in Bali for 3 months, next thing I knew I had been there for over 2 years! It was during my time in Bali that I realized that the root of all the problems was unwanted dogs – if we could sterilize more dogs, then less dogs would be born to suffer lives of neglect on the streets. I focused most of  my time and energy in Bali developing a sterilizing program for the charity I was volunteering at.

In mid 2016 Moe (my Bali rescue dog – pictured) and I moved to Koh Samui in Thailand. Here I met a Russian Vet & her boyfriend who had started their own small group on Koh Samui, their main focus was the rehabilitation of sick/injured abandoned/homeless dogs, with a big focus on sterilizing! I joined with then and got some hands on experience in actually performing various veterinary procedures including amputations and sterilizations.

In 2018 I was finishing an advanced study major in grief and loss, and I realized that I was still mourning Rob, I figured that I needed a way to honor him in my life without letting the grief consume my life, thus Rob’s Dogs was born. We started out just working with dogs and focusing only on sterilizing, but it keeps on growing and now we work with lots of different kinds of animals and don’t just focus on sterilizing. For me sterilizing remains my passion and focus, I dream of a world where dogs and cats don’t need to go into shelters because their population has been managed through sterilization. Sterilization prevents needless suffering and gives dogs a much healthier and happier life.

I look after most of the day to day admin for Rob’s Dogs and run the Samui sterilizing program.

Basically I just love animals and birds.  I’ve spent many hours in the company of cats, dogs, sheep, cows, horses, pigs, dolphins, birds … and the list goes on ….and I love their personalities, their varieties and their quirks.

The idea of any of these creatures suffering due to neglect or lack of empathy for the trust that they put in us and the situations we create for them, is the reason behind my joining Rob’s Dogs.  At this stage I am slave to a single cat when I’m at home, as I’m still working full time, but my life’s aim is to ease suffering wherever I can, by whatever means I have at my disposal.

One of these days I will live my ideal life, travelling to visit the beautiful places that are still left in this world and educating people on how to understand and care for the creatures that inhabit their communities. 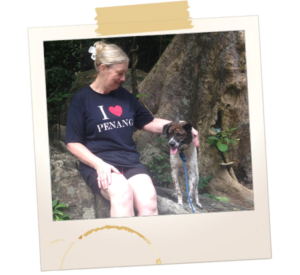 I reside in outer Melbourne and have been a Rob’s Dogs volunteer since the organisation’s inception.  My husband and I are currently looking after two beautiful rescued dogs and have our own spoiled cat.

I am passionate about the environment and about animal and human welfare; I am a volunteer mentor with an Australian organization that offers programs for women who have experienced disadvantage. I have also been a fundraiser for the Salvation Army’s Red Shield Appeal.  I am a regular blood donor, notching up over 100 blood and plasma donations.

I am one of the volunteer knitters that knits jumpers for the Toys for Thailand project that assists children in Northern Thailand, which despite popular belief actually gets very cold over winter. On my last trip to Thailand in December 2019, I brought over so many donations that I maxed out my luggage allowance!

I recently utilized my sewing skills to make cotton reusable facemasks, the proceeds of which raised invaluable funds for Rob’s Dog’s ongoing projects.

I am one of  Rob’s Dogs Australian based volunteer directors, I joined to help Bec achieve her vision of setting up the Australian based charity arm of Rob’s Dogs. The sterilizing work that Rob’s Dogs undertakes is so important to end the cycle of animal neglect and cruelty.

I am passionate about fundraising for not-for-profits and ensuring that the donations end up where they are needed, not paying unreasonable administration fees or fat-cat salaries. I support animal conservation and ethical animal tourism.  Same as Heather, I am also a slave to a very spoilt rescue cat. 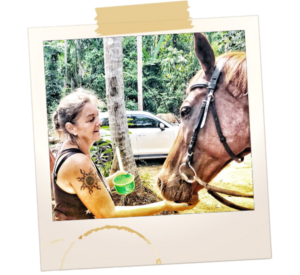 I  have grown up with horses, I am extremely passionate about all of my equine friends. I came across a technique called “Join Up” Horse Whispering and I often use this to  help some traumatised or difficult horses when I lived in the UK. I became involved with Sawan Maa only a few months ago but fell in love with all the ponies who have been rescued. I soon realised that the owner of the Sanctuary was pretty much supporting the running costs from her own business, so as a Volunteer of Robs Dogs, I decided that some serious fundraising and public awareness of this very special Jungle Sanctuary needed to be put in place. I have now moved closer to the Sanctuary and I help out physically as much as I can. However, the team came to the conclusion that talking to people, raising funds, getting the community involved and trying to take the financial pressure off Sabrina was my special skill and so I became “The PR Slave”. 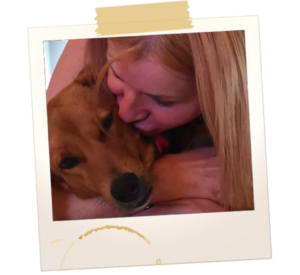 My husband and I moved to Thailand in 2016, we were immediately struck by all the dogs that needed help on Samui.
We have two of our own rescue dogs and we undertake a lot of solo rescue work, and work hard at finding homes for vulnerable street dogs, however we agree with the mission of Rob’s Dogs in that if we manage the population through sterilization then a lot of the other issues will go away.
We work with as many of the local groups and solo rescuers as possible and have helped out with street feeding, but lately we have really been focused on sterilizing working with DCRS and their dog catcher to catch some of the islands more wild dogs that need to be sterilized.
We support Rob’s dogs mission of sterilizing and have help with logistics, financial and emotional support as well as arranging meetings and growing the sterilizing program here on Samui. 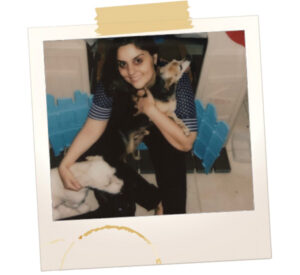 Since I was a little girl, I’ve always loved animals and always wanted to make the world a better for them and for us, as well. I live in Belo Horizonte, Brazil, and I have seven dogs, all of them are mutt, sharing my home with me and my husband: four are mine, two I’ve rescued myself and are waiting for adoption and I am fostering one for a group of rescuers (but they are with me for so long that I already feel like they are all mine). I am one of the sponsors in a rescue group that take care of street animals until adoption. In Brazil, street dogs have a tough life, just like in Thailand, and they are a growing population, living in a sad situation. With some free time on my hands, I’ve decided to join Rob’s Dogs and manage the Paws with a Cause project, from distance, hoping to visit Koh Samui soon. 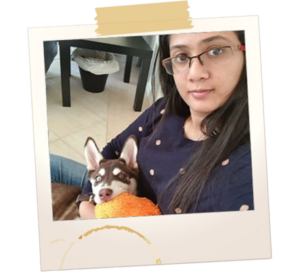 I moved to Melbourne from Mauritius in early 2020. One of the biggest issues in Mauritius is the overwhelming number of stray dogs over the island and the animal abuse and neglect that follows from an out of control animal population. I can easily imagine Bali and Thailand plagued by the same issues which can be solved by sterilizing strays and controlling the number so as to alleviate the suffering of a lot of animals. I have tried to do my part by rescuing and adopting two dogs from a shelter in Mauritius. Now that I am in Melbourne and with some free time on my hands, I decided to do something useful for the community by getting directly involved in Volunteering with Rob’s Dogs. I am assisted in this task by my faithful dog, Aurora and my gentle kitten Ella. Hopefully, together, we can create a better world for all animals. 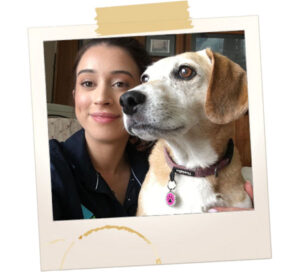 I have grown up surrounded by a wide variety animals from a young age, and my love for them has only grown deeper as I’ve gotten older! As an adult, I am consolidating my passion for animal welfare and wellbeing through study with the hope of, one day, dedicating my life full time to making an impact on the lives of our furry friends, big and small. I adore my Beagle Cross pup who has me undoubtedly wrapped around her paw! My bond with her has absolutely cemented my passion to make an impact on the lives of animals globally through improved welfare standards and healthcare so they can know the warmth of human compassion.

If you want to support us, please sign up for a monthly donation